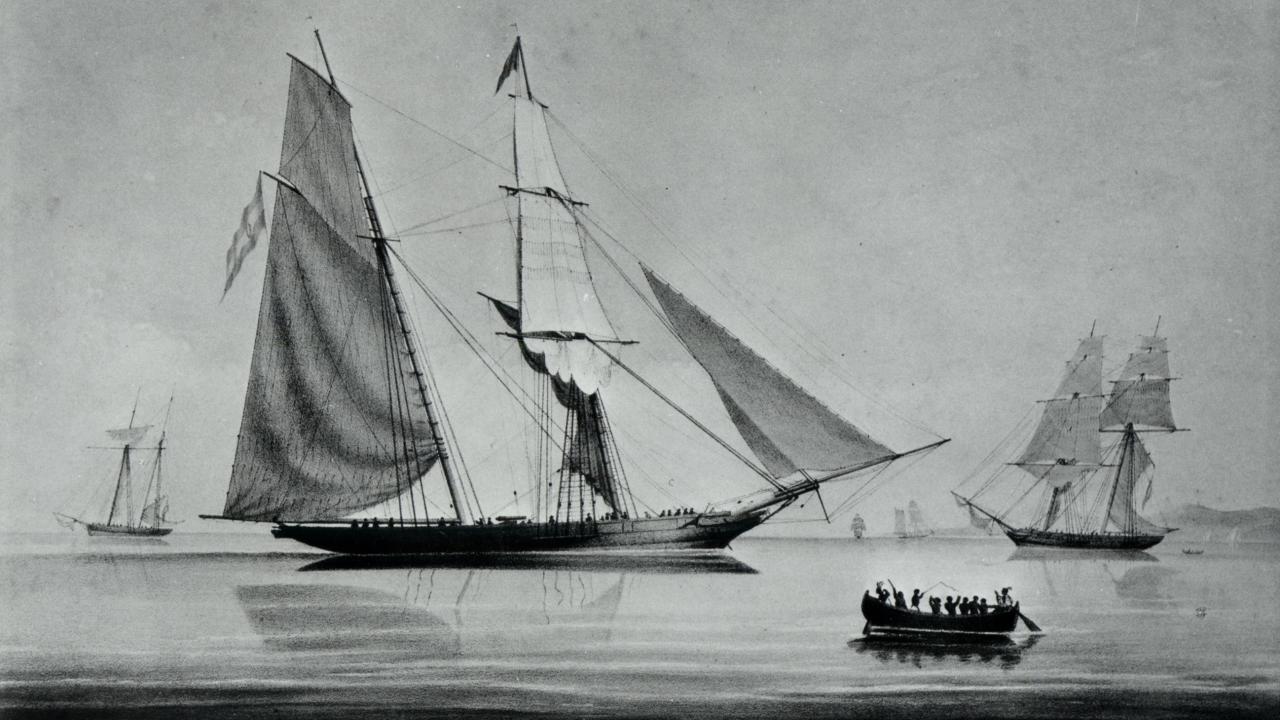 How El Niño and Drought Affected the Trans-Atlantic Slave Trade

The story was originally published on the UC Davis news site.

El Niño, an oceanic phenomenon that affects worldwide weather patterns, significantly affected the number of enslaved Africans transported from West Africa to the Americas between the mid-1600s and mid-1800s, according to a study from the University of California, Davis.

The study, published in the American Meteorological Society journal Weather, Climate and Society, bridges atmospheric science with African history. It also shares lessons for today amid a warming future that threatens to exacerbate human conflict and migrations.

The study found that El Niño can be used as a proxy — much like tree rings and corals — for historical rainfall and temperature patterns in West Africa. The authors used reconstructed El Niño indices and the Slave Voyages dataset to examine the relationship between El Niño and the trans-Atlantic slave trade. 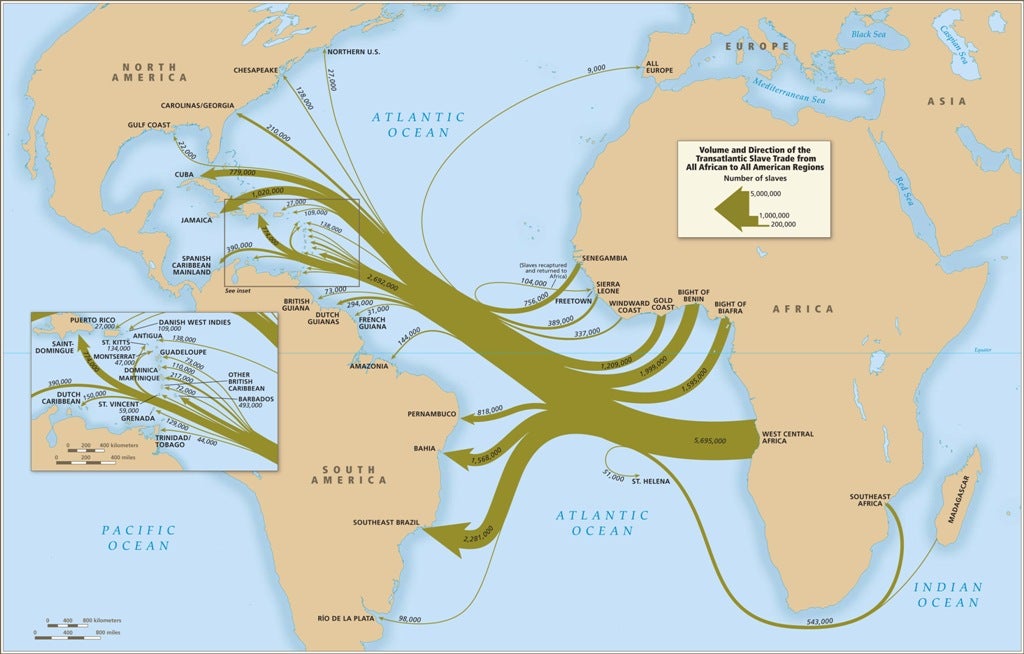 This map shows the volume and direction of the trans-Atlantic slave trade from Africa to the Americas. (SlaveVoyages.org)

Historians have suggested, based upon qualitative assessments of journals, documents and chronicles, that droughts affected the trans-Atlantic slave trade. But they have not been able to quantify that relationship or to ascribe a mechanism for the droughts.

“The trans-Atlantic slave trade began in the 1400s, but instrumental rainfall data only goes back to around the 1800s,” said lead author William Turner IV, a Ph.D. student at UC Davis in the Department of Land, Air and Water Resources. “To fill this data gap, we relied on the proxy association between El Niño and rainfall. We found that during El Niño, West Africa experiences drier conditions.”

The authors suggest that agricultural stresses may have reduced the demand for slaves during droughts, resulting in the decrease of enslaved peoples transported from Africa. They note, however, that sociological studies are needed to fully understand how West African societies responded to drought during the slave trade. Nonetheless, they found a clear association between El Niño and the slave trade. 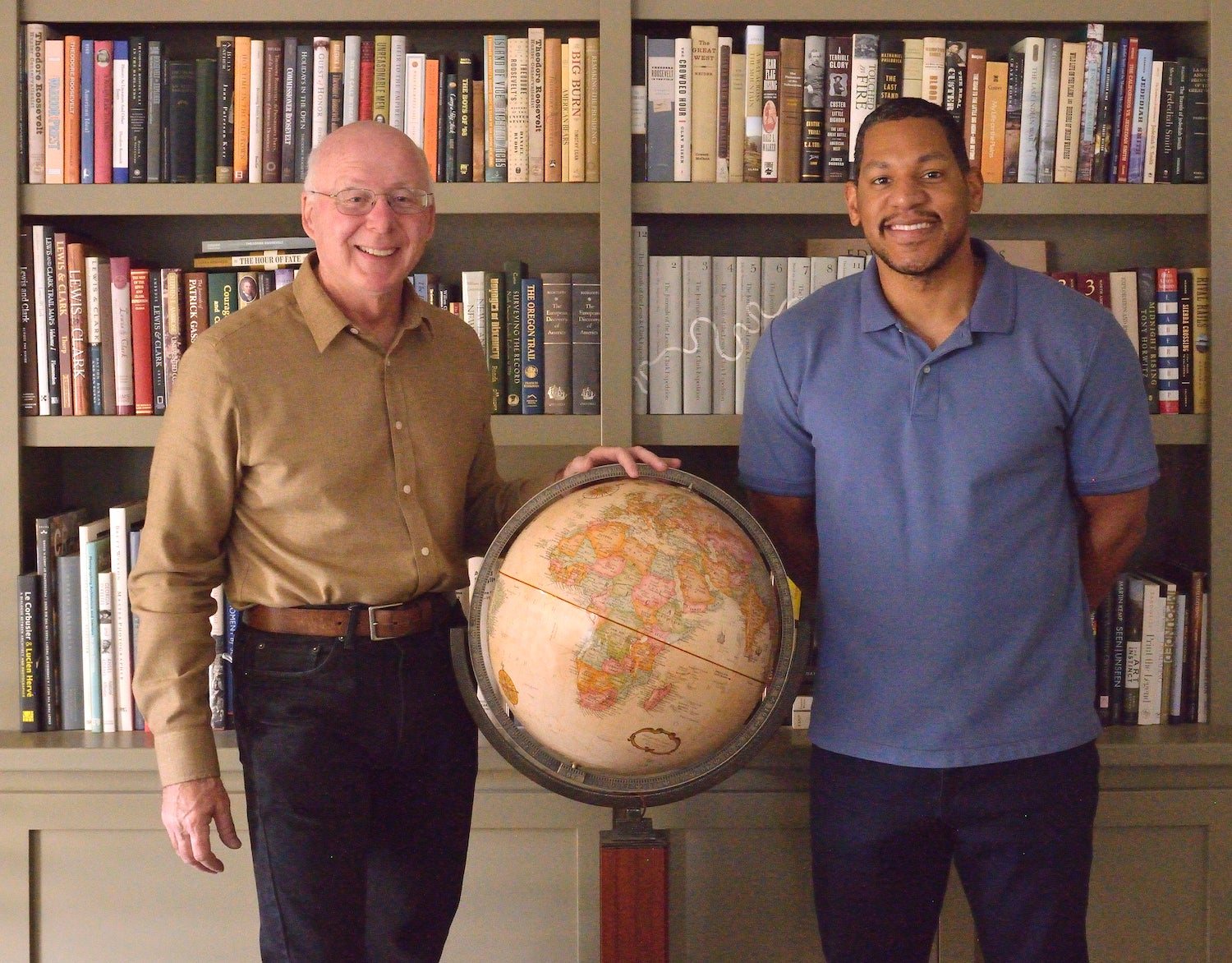 When ‘commodities’ are enslaved people

“What surprised me was how detailed the ship logs were,” said co-author Terrence Nathan, a professor in the UC Davis Department of Land, Air and Water Resources. “The logs documented the weather, as well as the number of enslaved individuals who left the ports and survived the tortuous journey on ships that carried as many as 700 enslaved Africans with only 3 square feet allotted to each person. The enslaved individuals were simply treated as commodities for insurance purposes, further underscoring the inhumanity of the slave trade.”

“To acknowledge their humanity, we used the terminology ‘enslaved’ rather than ‘slave’ throughout the paper,” Turner said.

Learning from the past

“In this study, we showed that weather was one of several driving forces of the trans-Atlantic slave trade,” said Nathan. “Lessons learned from this study reverberate today, as evidenced by the Syrian civil war, which studies have shown was exacerbated by extreme drought. Given current projections of climate change, one can only wonder what the future holds for future potential conflicts when people are forced to move from hotter and drier areas.”

The authors end the study with the West African word “sankofa,” which roughly translates to “the past informs the future.”

“‘Sankofa’ means to not dwell on the past but to learn from it and understand how we got here today so we can have a better future for tomorrow,” Turner said.

The study was funded by the National Science Foundation.